The arrival en masse of our friends from Gorleston and the last Eel’s Foot race of the year indicate the start real start of winter sailing at Rollesby Broad; only the unseasonably warm weather indicated anything else! 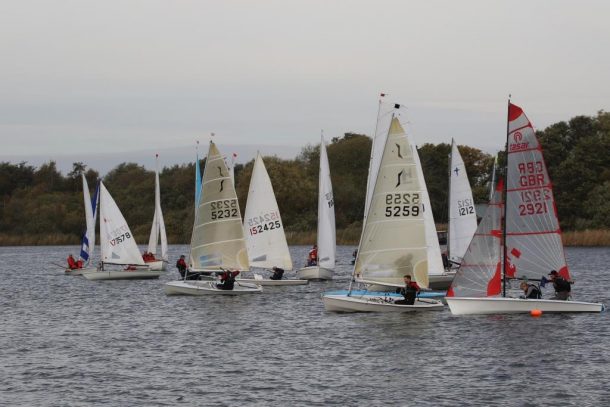 A rare outing in their Tasar saw the Sallis’ rightly lead pretty much from start to finish, with Mike McNamara’s Harrier in closest pursuit. With 20 boats on the start line, it was a good job the southerly wind spread the pack on the 1km beat to the cut. Ian Ayres in his Solo led the main pack with Dave Houghton & John Symonds (Wayfarer) recovering from a mid-fleet start and slowly working their way through to the front group. Good spinnaker conditions meant the Wayfarer slowly pulled clear enough of the single-handers to take the win from Ayres with Roger Wilson (Solo) leading home the next group to take third.

A short split fleet second race saw Houghton again win in his Wayfarer from the Sallis. The single handers had a very close finish with boats from 4th to 11th finishing nose to tail but Ayres and McNamara had started sufficiently well to once again escape the melee behind.

The perfect conditions saw nine boats race in the afternoon and though the dying breeze meant a shorten course, with McNamara this time taking the win from Houghton. 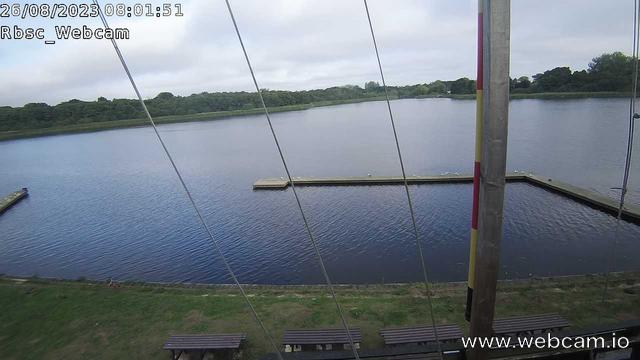