The next year, 1976, started with the winter of the roads and berths. The two side roads and cross access roads were made up with rubble broken down by hand with sledgehammers. It was not exactly light work but when the hoggin had been rolled in we had for the first time a road system that worked in wet or dry weather.

While this was going on, a berthing plan had been made and numbered concrete slabs were put out to mark berths.

A few spare slabs were laid along the front of the clubhouse to save some wear and tear on the lawn, and the concrete posts marking the car park area were put up.

The mooring pontoons were still in use and some time was spent on patching them up. In July we got our outside seats. In the month dogs and litter were mentioned as problems.

The club was by now so successful that we were in danger of getting more members than we could cope with and so the first waiting list was started. The decision was also taken not to allow temporary memberships and not to allow the occasional visitor to bring his own boat.

The committee were also beginning to worry about the extension or renewal of our Licence, which had initially been for a two to five year period. However, by June 1976 we had been offered a 99-year Licence coming into operation in 1978 and so that problem was happily solved

Winter work in 1977 consisted in making improvements to the car park, adding to the tea-bar and kitchen arrangements and relaying the flooring in the clubhouse.

By this time the financial position of the club was pretty secure and it was possible to establish a reserve fund of £1,000 against the day when a new rescue boat or engine might be urgently needed.

Later in 1977 the changing rooms arrived yet another generous gift from the Water Company – and Bob Haines took charge of fitting them out. We also bought and erected the climbing frame, which was paid for by profits from the tea-bar.

Then we had our first club row, on the extraordinary subject of dogs. These animals generated an amazing amount of heat. Dog lovers rallied to the support of their pets as if they were a threatened species. Dog haters’ claimed to be scarcely able to pick their way across the site for mountains of excrement. The outcome was reasonable enough. Members may still bring their dogs, though we would rather they did not, but must keep them on a lead and be responsible for clearing up any mess they make. But it took two resignations and three committee meetings before this solution was reached – a rather painful object lesson in how not to handle a contentious issue.

By contrast, 1978 was, for the first ten months, a quiet year. We bought a few knives and forks and some more clubhouse chairs and we planted 1,000 or so daffodils in the woods. All nice peaceful stuff and then in October Syd Sharrock resigned leaving us without a secretary, sailing secretary or timekeeper.

The committee took the obvious view that we had been remiss in loading so many burdens on to even such a willing horse, and so the jobs were divided up. John Bright became general secretary, Norman Bambra became sailing secretary and Frank Daly agreed to be timekeeper until the end of the season. It was c1ear that 0.Ds would have to accept full responsibility for the racing on their duty days in future, and, to duty days in future, and, to anticipate a little, of course they did. 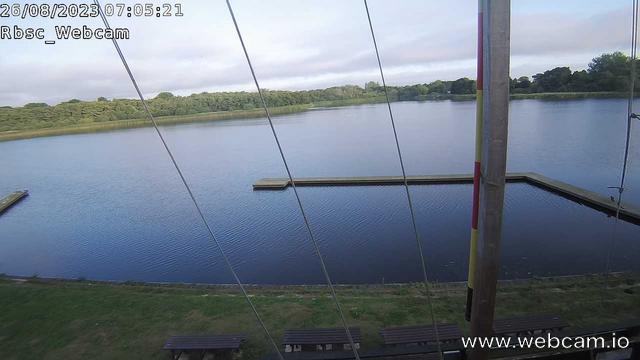