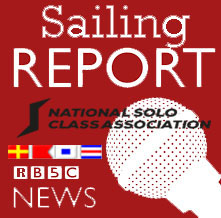 Last Sunday Rollesby Broad Sailing Club hosted a Solo Open Meeting, which was part of a two-day Norfolk weekend qualifier for the Solo Class Association Easter Area Championship. The forecast was for 20+ mph north easterly wind all weekend which may have deterred some, but the event still attracted 9 visitors together with 6 club members making a fleet of 15 Solos for a very lively and competitive day’s racing.

Kevin Edwards was the Race Officer for the day ably assisted in the race box by Jo and Clive and Chris Foster on safety boat who were kept very busy  with plenty of capsizes and incidents to attend to. Thankfully whilst still very strong, the wind settled nearer to the north than the east which enabled Kevin to set a course which included some nice long beats and white-knuckle surfing downwind legs up and down the broad. 4 races were scheduled, and all were completed with 2 held back-to-back before lunch and 2 further, slightly shorter, races held back-to-back in the afternoon.

In race 1 Steve Ede from Ardleigh Sailing Club hit the front up the first beat and was the leading boat at the windward mark, a position which he maintained  throughout race 1 and repeated in race 2, 3 and 4 to score 4 straight 1st places, leaving the overall result in no doubt. Mark Maskell from Brightlingsea was 2nd  in Race 1 with Howard Ashley-Jones, who had traded in his Vereo to take up Ian Ayres kind offer to borrow his boat for the day, right up there in the mix battling it out with the other visitors in 3rd place.

Back down the fleet race positions were changing rapidly throughout the day as capsizes, breakages and fatigue all took their toll on the competitors. Jack Ibbotson deserves special mention for taking out the clubs old wooden Solo which Brian donated to the club and showing us all that you don’t need a nice new shiny epoxy Solo to be competitive. Jack, forsaking his Finn and jumping in a Solo for the  first time,  put together a spectacular set of results which would have been all the better had he not capsized on the start line with 10 seconds to go before the start of race 2.

With 3 races to qualify some boats decided enough was enough after race 3. This included Mark Maskell, who was still throwing off the effects of a recent covid infection and his heroic efforts of securing 1st place in arguably even windier condition at Hickling the day before decided to gamble that he had done enough to secure 2nd overall.   The result was already in the bag for Steve Ede but that didn’t stop him joining Roger Wilson, Godfrey Clark (from Fishers Green Sailing Club) and Jack Ibbotson in Race 4 who still had scores to settle. Mark Maskell’s gamble didn’t pay as Roger was able to snatch a 2nd place from Godfrey on the last beat leaving Roger to snatch  2nd place overall on countback with Mark in 3rd place.

At the prize giving Steve Eve, on behalf of all the visitors, thanked the club for putting on a fantastic day’s sailing, praised the excellent race organisation and Angie for the homemade cakes.  Steve, was very conscious that the club had forgone their normal regular Sunday sailing in order to host the event passed on his thanks on behalf of the Solo Class Association.

Full set of results can be found on the website here :-
Sailwave results for RBSC Eastern Arear Solo Open Meeting at RBSC 2022 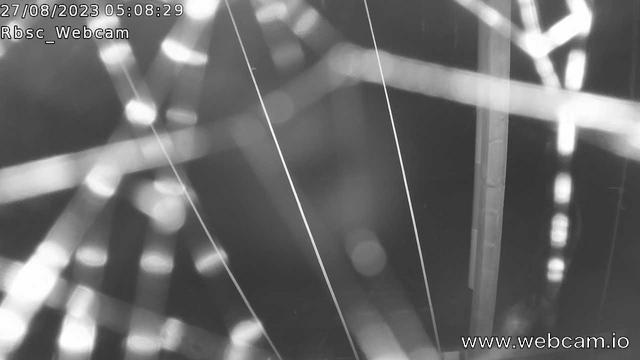