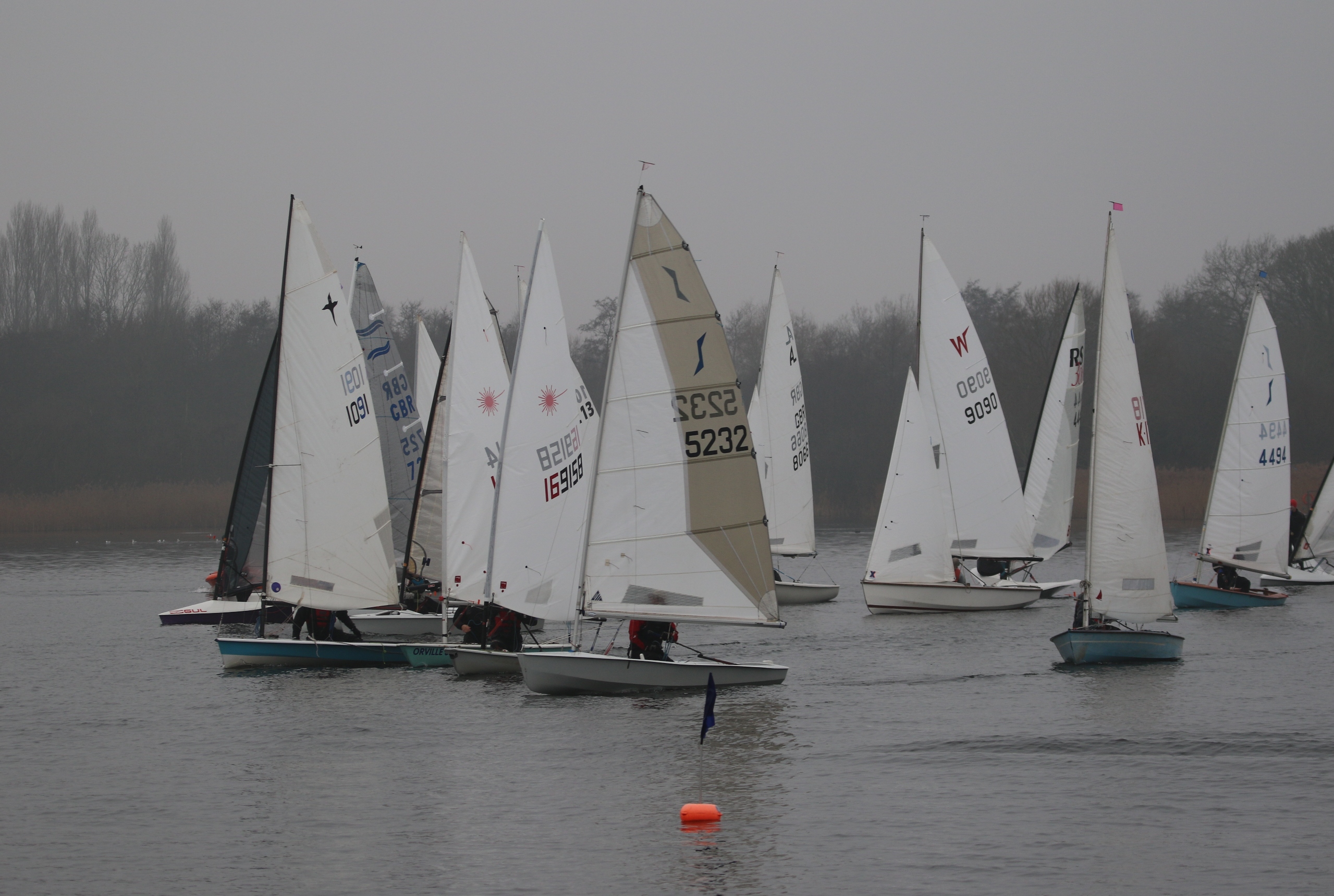 The dubious weather forecast probably reduced the overall turnout as just two visiting RS300s joined the home turnout of 20 on New Year’s Day at Rollesby Broad. In the event those who stayed all day enjoyed a cracking sail with significantly different conditions between the morning and afternoons races.

Race officer Jon Sallis was keen to get racing started before the early morning south westerly wind disappeared and the forecast mist and drizzle took over. Visitor Richard Fryer quite rightly led the way round; he was closely followed, to the wrong first mark by David Frary in his Finn and these two merged with John Saddington & Dennis Manning in their Albacore and Ian Ayres in his Solo to create the top four both on the water and handicap as they pulled out a large lead on pack; many of whom were also suffering a navigation hangover! Ayres took the win by a considerable margin with Saddington second and Frary third, despite finishing behind these two on the water, with Fryer first visitor in fourth.

As the wind died and the mist rolled in the postponement flag was raised and the outstanding catering team went in to full action to provide lunch an hour earlier than initially expected. A good call by the race team as right on forecast the cold (and it certainly was) front arrived at 1 pm and after a brief heavy shower the wind settled in a northerly direction at a good force 3 with stronger gusts.

A somewhat biased first leg saw 5 of the probable front runners called over the line allowing Jamie Freeman (RS300) to narrowly lead Ayres and Matt Boreham (Laser) round the first mark. Freeman then disappeared into a large lead. The stronger conditions suited the Lasers as Stuart Highfield joined Ayres and Boreham in leading the pack. Despite some good recoveries none of the early starters could pull back sufficient time and after nearly ‘putting it in’ at the windward mark Ayres beat Boreham by just 12 seconds with Highfield third and Freeman in the first visitors spot of fourth.

A significantly reduced fleet started the last race as the wind stayed and the temperature dropped further! The two visiting RS300s were starting to enjoy themselves with Freeman eventually gaining enough of a lead to take fourth again; the other single-handers were working a very similar pattern to race 2 and this time Boreham got the upper hand by 9 seconds! So Ayres collected the penalty of the dreaded Binacle Trophy and will need to invest in extra brass polish for 2017….. 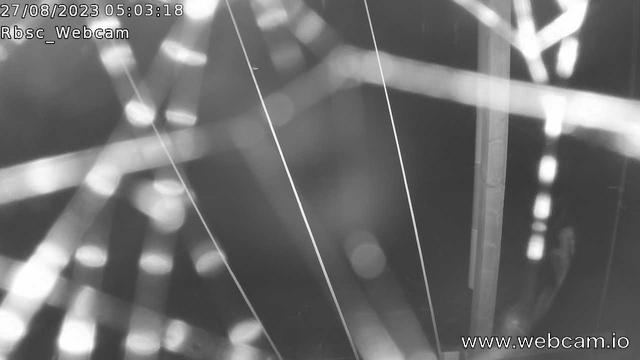