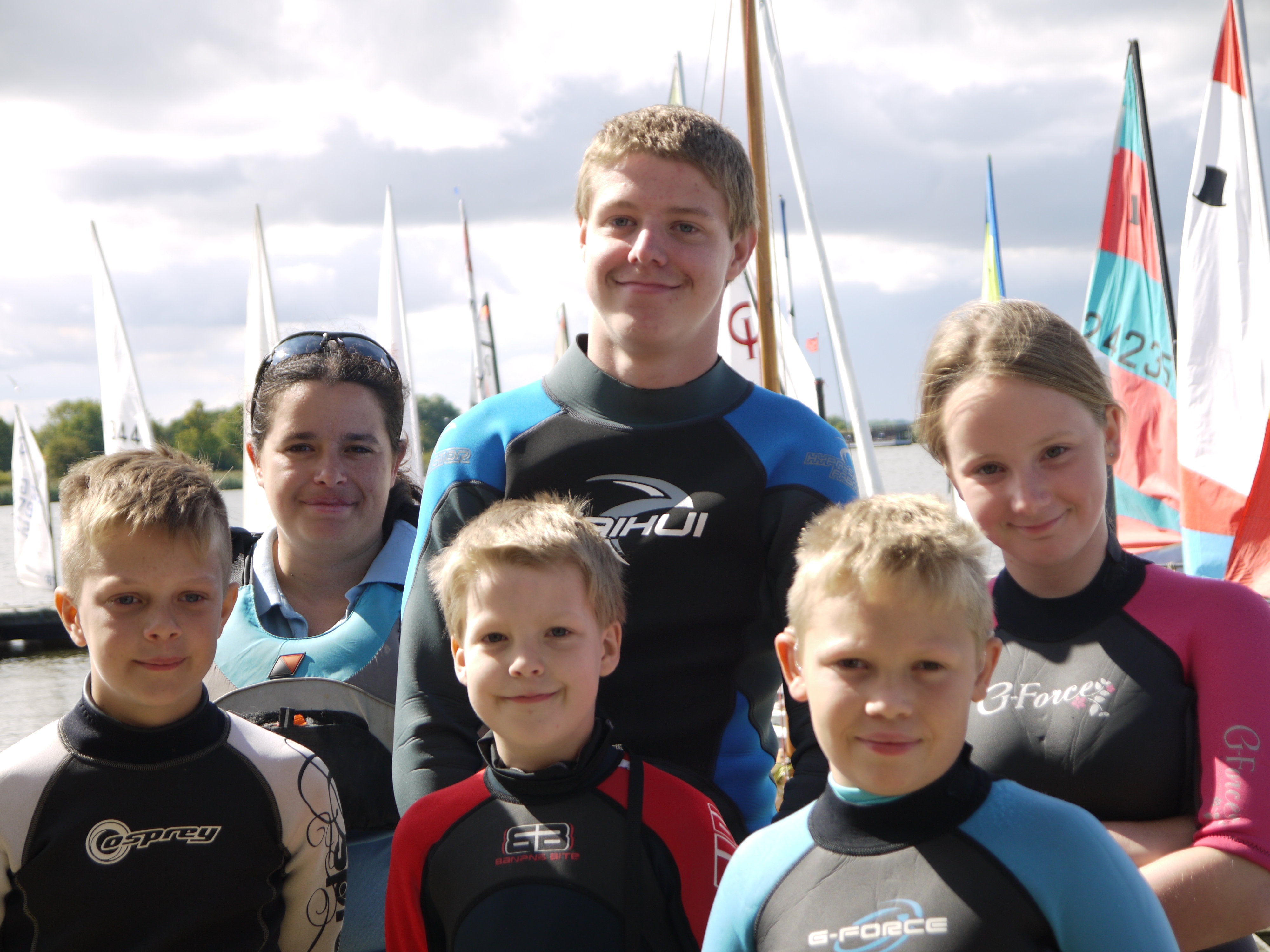 Fantastic news everyone. The club put a team into the Broadland Youth Regatta last weekend for the first time in over 10 years. For the newbies amongst you this is an annual one day racing regatta attended by most of the youngsters (19 and under) from clubs all over Norfolk.

The team was made up of Alex, Luke, Libby, Mickey and Ed. Tamsin, Richard, Mark and Chris did an awsome job in getting the kit from the club to WOBYC and looking after the team on the day. but not as cracking a job as the team did on the water. Much of the team had done little racing and some of them only started sailing in the Spring at Try Sailing. So to be brave enough to go and compete with 50 boats and national standard youth sailors on a large broad like Oulton is quite an achievement. Well done to all you participants, You’ve done the club proud.

Luke and Alex won the Endeavour Trophy on the day. This is awarded to the sailors who attend the regatta and show grit and determination at the event. Both these guys and our other members seemed pretty undaunted by the volume of boats on the water. Mike Mac was helping out with the event and commented on how fantastic Alex was given how little experience he has. To gain credit from Mike, Wayfarer National Champion is indeed an accolade to be cherished. Indeed it’s something I’d like to aspire to.

Credit has also to go to Tamsin and Richard who have both been working with the youngsters during the season. When Tamsin offered to help out with youth sailing earlier in the year I challenged her to get a team into the regatta in three years. So to do it first year is magic. Well done Tamsin.