In the event neither the forecast force 6 nor heavy rain arrived at Rollesby on Sunday 13th May for their Mutlisail regatta; however it had put off a few longer distance travellers who missed out on a very pleasant days sailing.

In race one John Saddington & Dennis Manning led the fleet round in their Albacore, but they could not escape the clutches of the main fleet and the race was won by Bob Sparrow and Simon in their Wayfarer, with Chris and Jane Wharmby from Milton Keynes leading the mid-fleet Leader group home. Race two was dominated by the Leaders; local pairing Ian & Sharon Ayres chasing the Albacore closely for most of the race before some late penalty turns let Ben & Ben Rickard from Hickling through for the win with the Wharmby’s third.

So the whole event was wide open and down to one of Rollesby’s infamous Eels Foot passage races. With a long run down Rollesby Broad, the Ayres were able to fly their spinnaker all the way, even through the cut; leaving everyone including the Albacore playing catch up. The two Bens were the closest pursuers but lost out as the wind went fickle in Eel’s Foot Broad. A long beat home in a rising breeze gave the Ayres the win over the Albacore with the Bens recovering well to take a well deserved third. The Ayres win gave them the event overall with the two Bens representing the visitors in second and John and Dennis third.

The Bitterns sailed shorter courses, despite the best efforts of Bruce Thompson especially in race one, John Atkinson and Leona Levine took a clean sweep of wins and the bittern trophy once again. 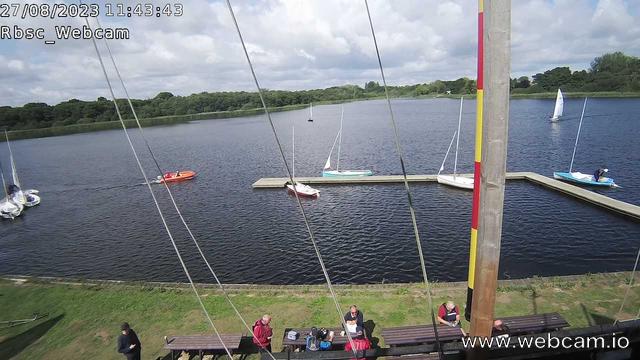