Rollesby held their Spring Regatta on Sunday. In the pouring rain, at the start of the morning, it did not feel like spring but eleven single handers turned out. As the rain stopped a fresh breeze developed from the north blowing down the Broad and the fleet was treated to some good sailing conditions.
In race one John Saddington in a solo and Matt Boreham in his laser got clear of the rest. Boreham crossed the line first but Saddington took the win on handicap with Steve Whitby in his mini sail second.
In race two Boreham gained a substantial lead on the first lap and was not to be caught. The solo of Ian Hanson made second with the mini sail third. With mixed results and a discard available the regatta win was up for grabs in the third race. With an increasing wind the lasers lead the way with a win by Boreham, the mini sail second. The results reconciled gave Boreham the
trophy with the mini sail second and Ian Hanson in the solo third.
Results Spring Regatta. 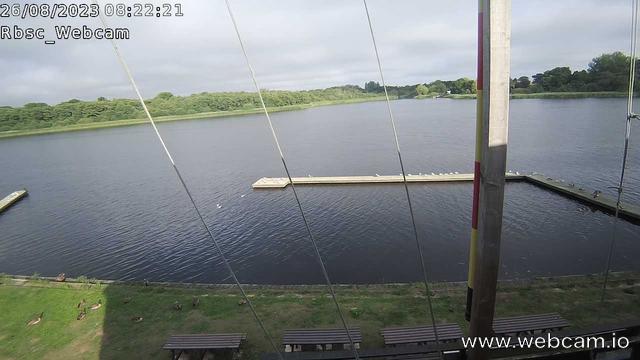