The forecast was for very strong winds for the fifth episode of the winter series, however, most of the time conditions were manageable although there were some big gusts and equally big shifts which tested the eighteen boats which entered.

The race team used most of the broad when setting the course which comprised of two beats, two reaches and a run. In the multi-sail fleet Mike McNamara and Andy Smith , sailing their Albacore, led off the line, closely followed by Howard Astley-Jones in a Vareo and Dave Houghton and John Symonds in a Wayfarer.  The Albacore slowly pulled away, crossing the line a minute and a half ahead of the Vareo, to win by one second on corrected time.  Houghton and Symonds were just behind the Vareo but capsized when tacking just metres from the line.

In the single-hander race Chris Foster, sailing a Laser, led the fleet for the first two laps only to be caught by the Solos of Ian Ayres and a charging Terry Palmer who picked up several places on the last lap to finish just five seconds behind Ayres.  Tamsin Highfield, in a Streaker, maintained her position throughout the race to claim third place on corrected time.

At the start of Race Two the multi-sail fleet were hit by a big header which resulted in Astley-Jones capsizing to windward on the line.  McNamara and Smith led the fleet once again and opened up a good lead after the first lap.  However, on lap two Houghton and Symonds enjoyed a good downwind leg, using their spinnaker, closing the gap which helped earn them a win on corrected time. Astley-Jones recovered well from his slow start to claim third.

In the single-hander fleet Solos took the top two positions after the first lap.  Daniel Bull, in his Laser, proved to be fastest on the water, took the lead a couple of times and finished thirty seconds ahead of the next boat but a few capsizes probably cost him the race.  Next across the line was Phil Highfield in the family Streaker who took third place on corrected time but just behind him was Ayres in his Solo and Steve Whitby in a Europe who claimed the top two places, respectively. 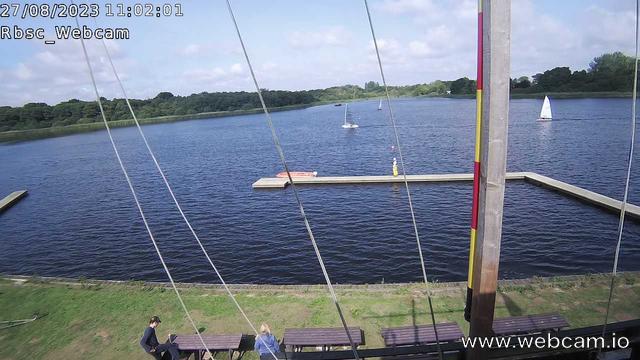