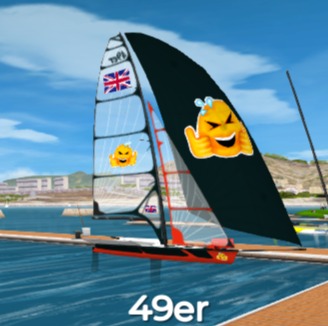 With the lockdown restrictions still in place,  today saw the commencement of the second e-series.   This follows the conclusion of the clubs initial series last week in which Phil was crowned overall winner and hence having the responsibility of representing the club in the e-sailing regional championship.

With the ‘newbies’ to the game now getting to grips with their craft the racing is proving to be closer with just about everyone heading the fleet at some point. And with the exception of one race everyone finished with 46 seconds of each other, another indication of how everyone was improving.

It proved to be a slow start for our newly crowned champion as it took a couple of races to get back to his winning ways !

In race one Tamsin, Dan & Keith led the fleet by some distance with Phil having to go back after a premature start.  On the final downwind leg Tamsin appeared to have the race until the technical gremlins ejected her from the game leaving Dan to take the win. The has led to a new race classification of GBO !

Dan took an early lead in race two which he held throughout the race with Keith, Phil and Dave fighting over the next three places. On the line Keith crossed just ahead of Phil then Dave.  Just behind Antony and Ian enjoyed a close tussle throughout the race with Antony crossing the line 1.5 seconds ahead. Tamsin again ‘disappeared’ from the water, perhaps she needs to speak to technical support !

The fleet were closely bunched up the first windward leg in race three. Dan was choosing the upwind routes well and edged round the windward mark first followed by Dave. By the final downward leg Dan had opened up a good lead over Dave who was just ahead of Keith and Phil who were covering each other, Phil eventually crossing the line half a second ahead of Keith.

Phil finally got back to his winning ways in race four after leading Dave and Dan round the course with Dan edging Dave out of second place by 0.1 seconds and Keith and Ian just behind.

In the final ‘official’ race of the day Phil again lead the fleet closely followed by Dan. Only a few seconds separated Dave and Keith on the final downwind leg with Dave just managing to hold on against a charging Keith.

So Dan takes an early lead in the series but Phil is close behind. With the racing thus far taken place in 49er’s the general consensus was to try another craft for next week. This lead to the decision to try all them so for the following weeks we will be sailing, Stars, Formula 18, F50, J70, Offshore Yachts and finally the Nacra 17. So in order to prepare for this Keith kindly set up a few practise races in Stars, F18 and F50. 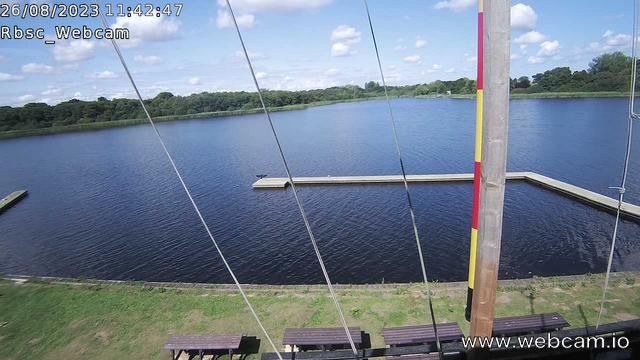