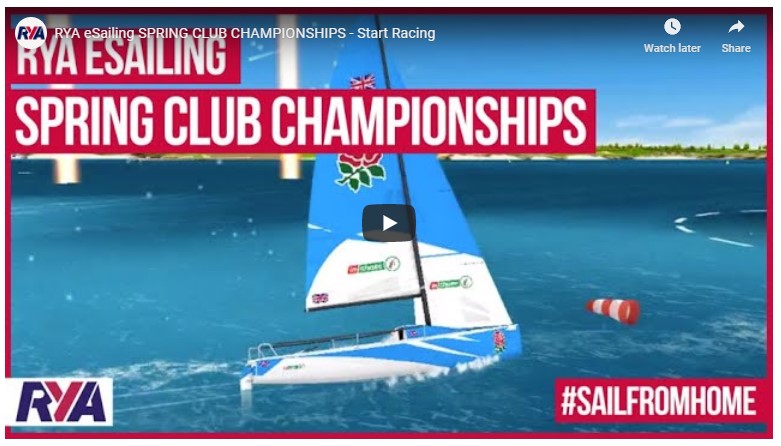 This week is was time to put all the training to good use in the RYA eSailing Spring Club Championships – Qualifier, each registered club puts forward a Club Champion to go onto the Regional Heats to be completed by 24th May.  Recent form had 2 clear favourites in Phil Highfield and Daniel Harvey who were neck and neck in the Spring E-series.  It was going to be 5 races of 3 laps  in the 49er with 3 to count.  (The higher discard count to cater for unforeseen technical difficulties) .

In the First race the usual 2 suspects were at the front in a close battle, Phil just pipping Daniel to the line by 2 seconds with Tamsin not far behind in third.  Race 2 a close battle to the end,  Phil first over the line with Keith pushing Daniel back into third. Phil was looking good to be club champion just needing 1 more win to claim the title.  Race 3 – Another closely fought race this time Daniel taking the win by 3 seconds and Dave finding his form in Third. So at this stage Phil the Daniel with a three way tie for third.  Race 4 – Would Phil seal the deal?  Not this time, for a change Phil was back in the pack, Dave wining, Daniel and Keith 3rd.  Still it wasn’t over if Daniel could take the win the title would be his.  Race 5 – Phil got away at the windward mark with Dave a few seconds back and Daniel hot on his heals.  Phil managed to hold for a comfortable win and the title, Daniel overall 2nd and Dave 3rd.

So Phil is off to the RYA East regional Qualifier (more details to follow),  and he also takes the RBSC E-Spring Series title from Daniel and Tamsin in 3rd.

In a post race interviews when asking the top 2 for their race tips.

Phil – “Auto Vmg is very good on a phone or tablet, but it can hide the shifts a bit”

Daniel – “I tend to keep an eye on the top left circle and the darker areas where the wind is stronger (Phil really uses this well!) This is especially beneficial at the start. Also, if behind on the downwind leg, try and use your wind shadow to slow the other boat. A good WiFi signal helps too, it’s really frustrating when in a good position and you get kicked out! and good footwear too, I nearly came a cropper between races walking to get another beer!”

So next week a new series, format as to be confirmed, although it will still be five races each week.

The racing is getting closer and a bit more tactical. So come and Join us next week.  (we can always do some informal races before Sunday if required.)

Good luck to Phil and See you all next week. 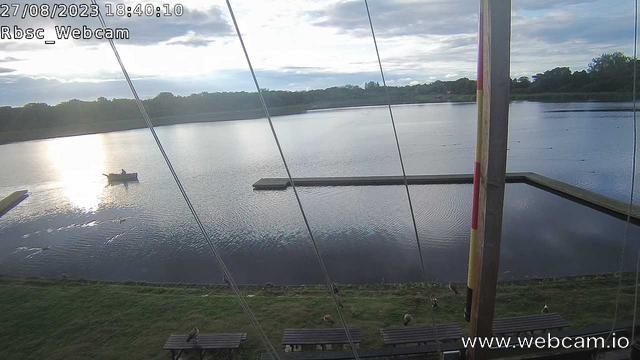