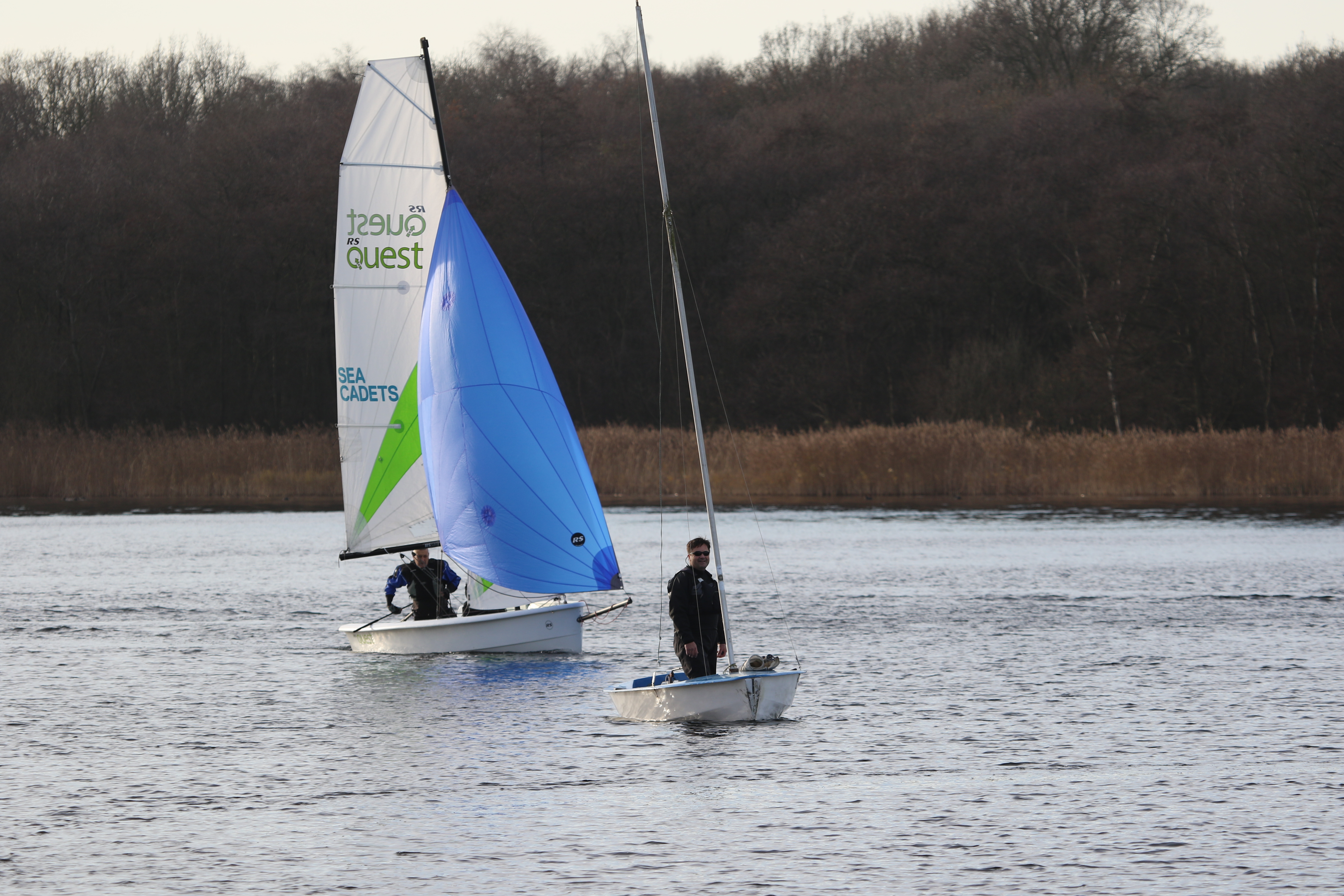 With a little more west in the wind than ideal, some tricky shifts shuffled the pack regularly at Rollesby Broad on Sunday 11th Dec giving a wide variety of names at the front of the fleet and plenty of regulars low opening scores for the Winter series.

John Saddington & Dennis Manning switched to their Albacore and had the most consistent day with two wins, and a second using their ability to roll tack more consistently than most of the multisail fleet, who were struggling to use their asymmetric spinnakers to sufficient gain.

The exception were Val & Chris Hanson who took the second race in their Wayfarer. Dave Houghton & John Symonds led each race on the water but could only record thirds on handicap, whilst Tamsin Highfield scored a second in race 1 winning the family battle with husband Phil who was fourth in race 2.

Regular Rollesby one race wonder Daren Pike lived up to his name as he sailed his Phantom well away from the fleet in race 1 to win easily, David Frary completed the faster boats domination in his Finn, with Ian Ayres narrowly beating Roger Wilson as they led home the Solo / Laser pack. In race 2 Ayres did a horizon job on everyone but Stuart Highfield in his Laser.

Whilst neither Solo could live with the Albacore, Wilson & Ayres enjoyed an especially close race in the afternoon, losing count of how many overtakes occurred and finishing just six seconds apart.