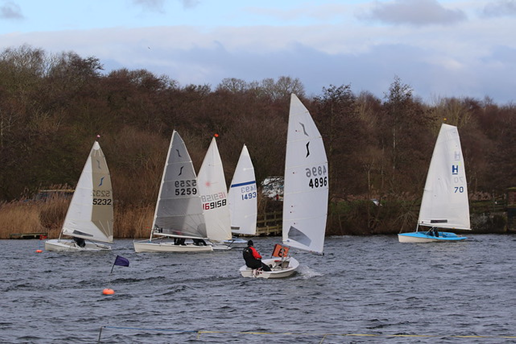 Both adult and junior sailing courses available to members throughout the year.

Thinking about restarting sailing or possibly joining a club?

or just to give advice about the sport

Or simply enjoy a few hours at our lovely broad!

Rollesby Broad – the only 52 weeks a year sailing club in the Norfolk Broads!

A perfect wind direction and mild temperature saw a great turnout, including 5 visitors, set out on the first 1 km beat along the entire length of Rollesby Broad for this year’s New Years Day Open. With a good breeze blowing there were capsizes and anyone who could break clear of the main fleet traffic and find some clear air was likely to prosper, the usual ‘stay away from the banks’ strategy on the return run only seemed to pay for spinnaker boats rather than the single-handers who were significantly split in downwind tactics.

Rather unsurprisingly it was Daren Pike in his Phantom who led round race 1; perhaps inspired by the challenge of lapping daughter Emily in her Topper; he managed it comfortably in race 1 only by a few seconds in race 2. His closest challenger on the water was Daniel Bull in his Laser, revelling in the strong conditions Bull took both the first two races on handicap and hence the meeting! Behind these front two the racing was extremely close with only one point overall separating third from seventh.

Dave Houghton & Jon Symonds struggled to get their Wayfarer to the front of the fleet upwind, but once they raised their spinnaker they were able to make up their handicap with Richard Bailey & Ian Curtis also enjoying the kite flying on the long run. Roger Wilson and Ian Ayres led the nine strong Solo fleet, swapping wins in the morning, but unable to escape far enough from Ellie Edwards in her Splash who enjoyed her morning with two fourth place on handicap.

After a capsize and a DNF in race 1 slightly more space (13 starters) and a change of course for the afternoon clearly suited Howard Astley-Jones in his Vareo as he record a win to snatch third place overall on a tie break with Pike and Edwards, coming ashore the sailors had no idea of the overall minor places; Bailey and Wilson were also tied just one point from third.

Full Results can be found here…..

A damp overcast day may have been off putting but members did turn up. 14 boats challenged for the Annual Pursuit Race Trophy. The light east wind gave a reasonable beat from marks 5 to 6. The variable wind over the rest of the course lead to much place changing and the successful sailors were those in the
“right place.”
Ellie Edwards in her splash was the first boat to start and maintained a good lead for four laps. Dave Houghton and John Symonds in their Wayfarer together with Roger Wilson in his Solo closed the gap on the last lap and after a telling beat came round the top mark just behind the Splash. As the race timed out
on the reach Ellie became sandwiched with the Wayfarer just in front and the Solo behind. Dave and John were the defending trophy holders and able to reclaim the “Bent Vase”

Angie and Keith provided the mince pies and mulled wine to warm everyone up.

With the weather turning wetter only five single handers sailed the next race. This was won by Ellie with Howard Astley Jones second in his Vareo. A consolation prize for Howard who was very late at the start line in the pursuit.

This Is For Double Handed Boats Sailed By The Helm Only

13.30 Presentation Of Cup And Race Prizes 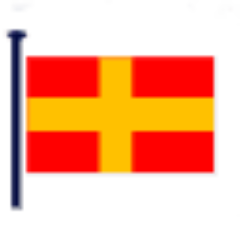 According to Government / RYA guidelines sailing clubs can reopen from the 29th March. In practice that means we can sail any day of the week from 1st April and the first day racing will be 4th April. The risk assessment taking into account the latest guidelines has been updated by Ken Johnston and is attached to this email. In short; The Rule of 6 and 2m social distancing still apply. The Club house and changing rooms will be closed, toilets open.

Please read the RA here for full details before you arrive at the Club, thanks.

According to Government guidelines we will be able to serve food outside from the 12th April. Therefore the plan is to bring Angie back and her excellent food on the 18th April. There will be full details on how we plan to go about this, closer to the date.

In order to run races we all need to take our turn doing a duty either in the race box or in the safety boat. So please get in touch with Clive Girling (dutylist@rbsc.org.uk), with a date.

To see what dates are available refer to the Duty Rota list on our web page: https://www.rbsc.org.uk/club-info/duty-rota/ 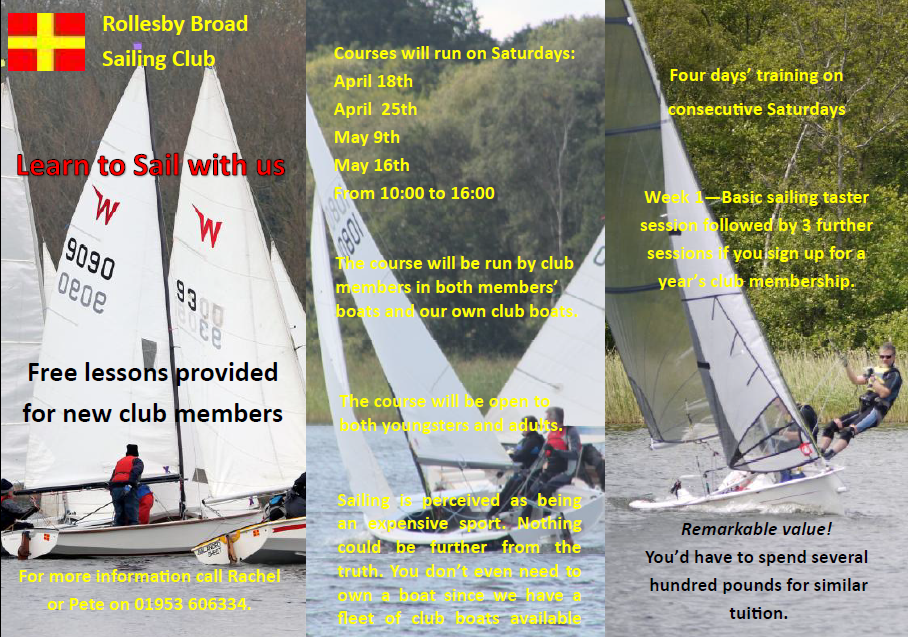 The general committee, myself and the club safety officer have discussed the matter and considering the serious situation with the coronavirus

Courses will run on Saturdays

The course will be run by club members in both members’ boats and our own club boats.

The course will be open to both youngsters and adults.

Sailing is perceived as being an expensive sport. Nothing could be further from the truth. You don’t even need to own a boat since we have a fleet of club boats available.

For a Change there is no interruption to our usual program over the festive season, so

NO Sailing on Boxing Day this year.

however there are plenty of opportunities to get out on the water (properly equipped of course!)

and a bottle race for normal single handed fleet if demand. 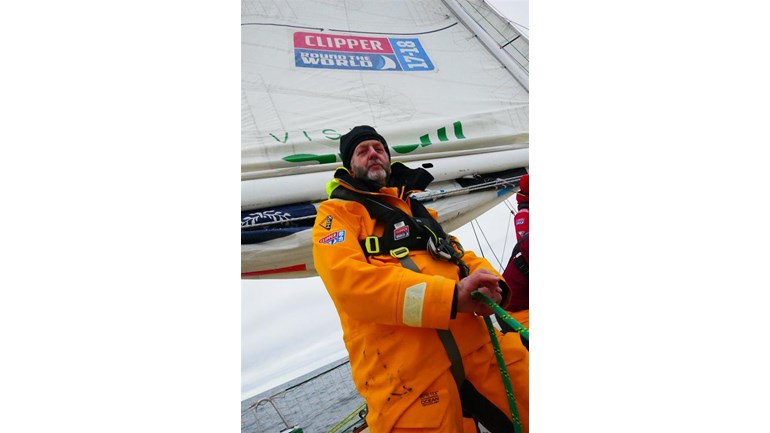 Hi All
I am about to embarque on a major new challenge for the next year,starting today 1st September from Tower Bridge London I will be circumnavigating the world as part of the crew on a 70ft ocean racing yacht in the ‘Clipper Round the World Challenge’. The race & my progress can be followed by going to www.clipperroundtheworld.com and selecting the races viewer.
A part of that challenge is to raise funds for Unicef, one of the boat sponsors. So to help achieve my goal of raising £500 towards a boat total of £33000. I will put in the sea miles if you can spare a little of your hard earned cash for a good cause. You can make a contribution via the JustGiving page. https://www.justgiving.com/fundraising/Nick-Whittle
I am funding the trip myself and any contribution you might make will all go to UNICEF https://www.clipperroundtheworld.com/charity-partner-unicef

Hi Folks
Please take note, the Club Series Eels Foot race is incorrect on the printed / published programme.It should be on Sunday 12th May (not 5th). It is correct on the duty list.
For those of you with double-handers, don’t forget our double-hander open on May 19th which also includes and Eels foot in the afternoon!
Can I also take this opportunity to ask race officer that if they work out the times for races on a separate scrap paper (this is fine by me) that they copy at least the finish times (ideally calculated times as well) onto the official sheet so that if anyone questions a result I have something to refer back to and not just the positions.
Thanks

The weather looks absolutely awful on Saturday. Too wet and too windy and not for beginners!.

So the Saturday event is postponed until 11th May, where we will ask everyone, volunteers and newbies alike, when to fit the missing day back in to the schedule.
I have spoken or left voicemails with everyone who has offered to help on Saturday but if any of you were intending to turn up on spec this is just advise you of the cancellation.

Try Sailing has been a great success for the club and it’s disappointing to have our first cancellation in however many years.
But hopefully we’re all OK for the 11th May. 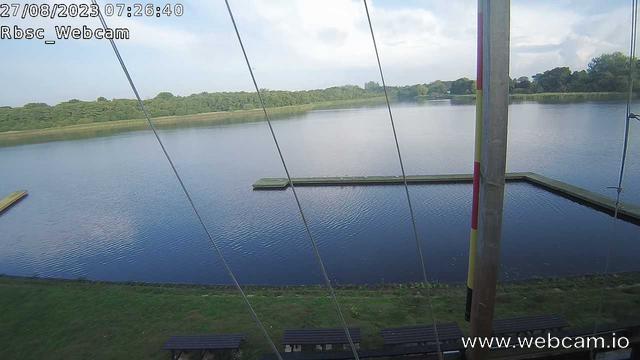