Upright is faster than horizontal – well mostly! There was certainly enough wind to cause several of the more wary to remain ashore at Rollesby Broad on the 19th March, and with capsizes before the racing started they were certainly justified. In the event the wind dropped slightly mid race 1 encouraging more launches to ‘play’ in the gusts and a larger turnout for race 2 before the last few squalls sent even the hardiest to shore for lunch and an early end to the day.

In the Single-handers it was a case of staying upright gets round the course faster even if your boat is naturally slower. Chris Toothill (Phantom) did eventually manage to get to the right point of the fleet, showing some terrific downwind speed, but could never get far enough away from the Solo of Ian Ayres and the Radial of Keith Sykes on handicap. Race 2 saw Bob Hawkins (Solo) join the fray and he led narrowly at the end of the first beat from Toothill and Ayres; after Toothill joined the multiple bathing brigade the two Solo’s enjoyed a very close race, gaining or losing depending who was most under control. Eventually Ayres made the break on the final run, Sykes recovered best of the rest to take third.

A little more stability meant fewer swims but still some rapid sailing in the multisails; John Saddington and Dennis Manning put their Wayfarer in front and stayed there all day! Bob Sparrow and Tony Gibbs decided to use their jib rather than genoa and whilst competitive upwind lost out on the return legs. In both races it was the Vareo of the Highfield’s which took second, Phil recovered well from a poor start (he blamed technical issues) in race one, whilst Tamsin’s speed was limited in race 2 due to Phil tearing the spinnaker! 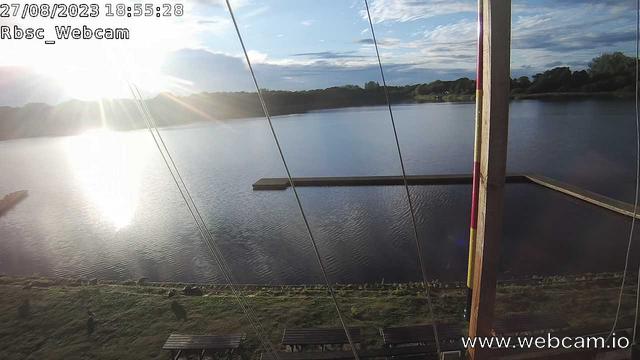