The spring weather was certainly in force as Rollesby held their Spring Regatta on Sunday 2nd April marking, turnout was a splendid 21 boats as winter members marked their last event of the season and with just a single mixed handicap fleet, starting well was essential.

In race 1 Tamsin Highfield (Laser) was uncomfortably close to the pin mark but just snuck round it chased hard by Bob Hawkins (Solo) and Ian & Sharon Ayres (Leader). These three read the first beat best and whilst joined by faster boats round the course had established enough of a lead on lap one to ensure the podium places; Hawkins eventually using his superior upwind manoeuvrability to take the win.

A windshift just before the start of race 2 saw the Wayfarers of Pete & Rachel Smith and Bob Sparrow & Jason able to reach the first mark in a single tack. Simon Strode (Solo) followed them well to finish third with only Hawkins able to make some sort of recovery on the considerably shorter course to take fourth.

The meeting was wide open as more breeze greeted the fleet for race 3. The Ayres started well to windward of the majority with Highfield emerging best from the leeward end of the line. The Solos of Hawkins and Strode worked their way through well on the upwind legs with the Smiths enjoying the increased breeze most taking their time but taking places on nearly every leg of the course, eventually Hawkins took the win over Highfield by a handful of seconds.

3 competitors only started one race. 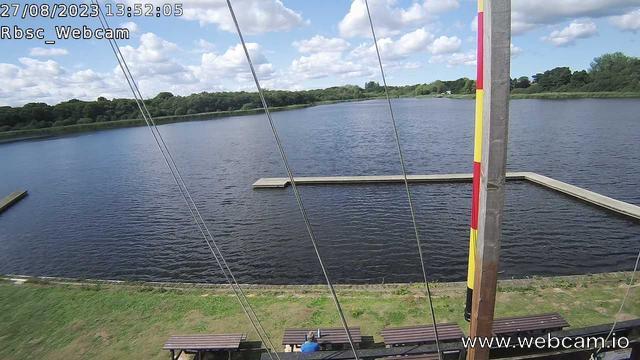