This year the Multisail Open Regatta at Rollesby incorporated the Leader National Championship and as usual a Bittern Travellers event.

The Leaders enjoyed three short races on Saturday afternoon. The first race was held in marginal planning conditions; and despite breaking several different small items; home sailors Ian & Sharon Ayres won narrowly from Chris & Jane Wharmby from Milton Keynes. Trish Hudson & Sarah Cole from Hickling were third and Roger & Cybil Morse from Welwyn Garden fourth. The wind eased for the second race but the first two remained the same with the Morses third. The Ayres had a more comfortable win in race three as the Wharmby’s put all effort into finishing last; only to jump three places to second at the last mark of the race!

Sunday dawned grey and wet and a smaller than perhaps anticipated home fleet joined the Leaders. The Ayres led the fleet up the first beat with Pete & Rachel Smith’s Wayfarer hot out of the blocks close on their tale (perhaps being race officers on Saturday put them in tune with the conditions). Chris Mann & Heather Vaughan in their Enterprise made the most of the easing conditions to slide through the fleet late on and take the handicap win from the Smiths; an admin error in the race box meant the Ayres time was not recorded! In race 2 the Smiths took the win after an epic battle with Ian Hanson & Mike Horwitz, regular Solo sailors joining up for the day in a Wayfarer; the Ayres recorded a third to leave the meeting wide open with only the non-discardable Eels Foot race to come.

After a long lunch break, the Morses won the afternoon start, but the Ayres were through by the first mark with Dave & Diane Goodwin and Mann & Vaughan in Enterprises in close pursuit. Bob Sparrow & Tony Gibbs (Wayfarer) broke through in the cut with Mike Broadbent and Hugh Rout in their ISO clawing their way back from a poor start. The long reach back should have worked in the ISOs favour, but with spinnaker flying well the Ayres just held on to win on the water, no handicapping needed when the highest PY boat leads the fleet home! Sparrow was second but Mann pipping Goodwin for third was enough to give them the meeting on countback.

In the Bitterns, Bruce Thompson sailing single handed took the first race by a hairs breadth on a downwind finish from John Atkinson with Leona Levine crewing. The result was reversed though with a slightly larger margin in race two meaning the afternoons Eels Foot race became winner take’s all. Unfortunately Thompson struggled through the cut on the way out giving Thompson a commanding lead which he managed well; showing some of the faster boats how to make the best of limited boat speed on the return leg. 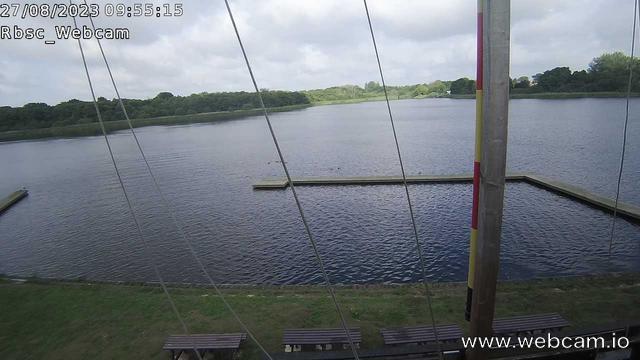