A complete mix of winds at Rollesby Broad for their annual New Year’s Day Open; with planing conditions in race 1, marginal hiking in race 2 and rather a drift in places during race 3 after lunch. At least the wind direction held almost perfectly allowing as long as possible a beat down the broad and the sun stayed out all day keeping the 24 competitors warm!

Race 1 was unsurprisingly led from start to finish by Richard Fryer and Dave Houghton in their RS300s, Fryer establishing a good lead early on. John Saddington &amp; Dennis Manning in their Albacore escaped from the pack to follow the faster flyers with the Solos, initially led by Matt Boreham winning the battle with the Lasers for the mid-paced single-handers. Ian
Ayres and Bob Hawkins over took Boreham on the twisty downwind legs of lap one before Ayres nailed the beat on lap two and eventually took the handicap victory from Fryer and Saddington.
In race 2 despite a longer, evenly laid start line the well spread fleet needed a general recall before Fryer led once again; however with Ayres placing his Solo third at the first windward mark squeezing in between Saddington and Mike McNamara’s Harrier and with Hawkins and Roger Wilson in fairly close proximity, it looked like the handicap race might be over in favour of the Solo fleet. As the wind eased the faster craft were able to open out a good gap, only Ayres from the pack managed to stay with them and despite some closing at the end he took the win again from McNamara and Saddington with Hawkins and Wilson 4 th and 5 th .
With the majority of the fleet staying out to play after lunch it looked like McNamara, enjoying a very close on the water battle with Saddington, might take the race as the RS300s found the wind a little too light to make up their handicap. A little more space in the middle of the fleet allowed Ayres and Wilson to make up ground as the race went on and they rounded out podium places split by McNamara.
There were 6 tie breaks needed in the fleet, meaning working out the overall results took a while, prizes were awarded by the Sallis race officers in what they described as by far the closest set of results they’d seen in many years of running the event. 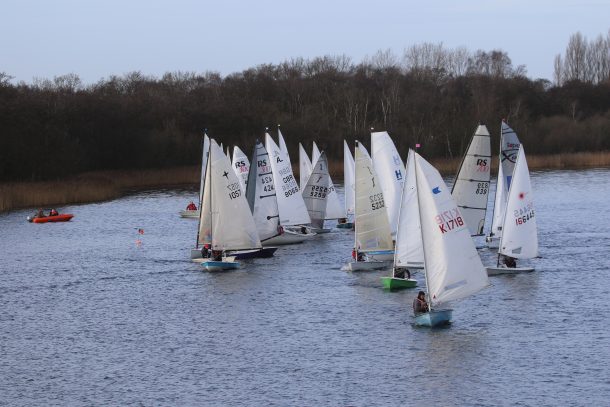 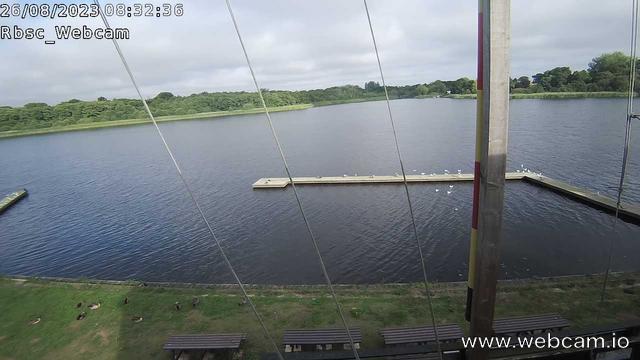