Lighter winds than recent weeks and a good show of sunshine brought out the fleet at Rollebsy Broad on the 18th February.

With 3 D-Ones and a rarely sighted GP14 joining the Wayfarers, the multisail fleet was boosted into double figures. Chris Sallis rightly led both races in his D-One, with Steve Gray working his way through more cautiously; neither of these could escape the Wayfarers on handicap. With a virtually windward / leeward course over nearly the full length of the broad Dave Houghton & Jon Symonds along with Val & Chris Hanson (Wayfarers) were able to fly their spinnakers to great effect, taking the first two positions in both races. Bob Sparrow & Steve led the non-spinnaker boats, just sneaking ahead of Sallis for 3rd in race 1 with the result slightly more comfortably reversed in race 2.

In the single handers Mike McNamara (Harrier) and David Frary (Finn) led the fleet round in both races; these two had a really good match on the water with McNamara edging the handicap result. Behind they were chased by Dave Shipstone (Finn) in race 1 and Keith Sykes (RS300) in race 2, but in the handicap battle it was John Saddington’s Solo which triumphed for 3rd over the Highfield family; Stuart’s Laser in race 1 and Phil’s Streaker in race 2.

The spring like weather encouraged 12 boats to take to the water again after lunch, McNamara pulled out a good lead on the water on the first lap, but Houghton & Symonds reeled him back in later on to take the handicap win, with Saddington emerging from the mixed pack to take 3rd yet again! 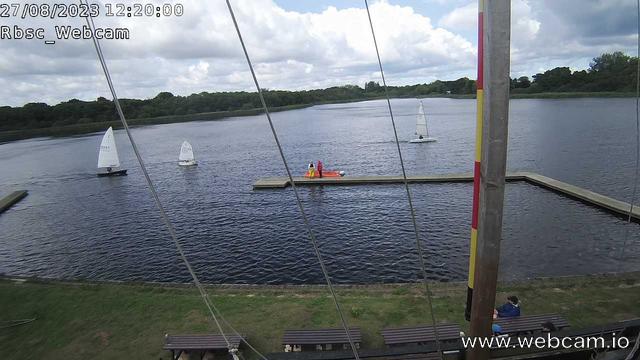