The direction meant a long initial beat down the broad, which later in the day needed splitting in two, and a run / broad reach back which at times proved an exciting ride. Continuing their excellent form in what became a Wayfarer fleet race, David Houghton & John Symonds flew their spinnaker with great effect on the run of race one for a comfortable win from John Saddington & Dennis Manning. This however was their undoing in race two asa double capsize with kite up let the Saddington & Manning through and they took the meeting.

The single handers were much more mixed up! Mike McNamara unsurprisingly led the fleet round in race one in his Harrier, however hot on his transom throughout was Phil Highfield’s Streaker who won comfortably on handicap, Ian Ayres and Matt Boreham in Solos led home the rest of the tight pack some way back in 3rd and 4th.

The wind rose for the start of race two before briefly rising to some people’s survival limit on the second lap. McNamara led up the first beat from James Letts (Laser) and Highfield, whilst Daniel Bull had also joined the front pack in his Laser Radial. On the second run McNamara capsized (adopting anew coaching position – mid- broad on a centre-board?) and Bull took off to win by a good margin from Highfield with Carl Buck (Laser) also enjoying the down wind ride for third.

Only single handers took to the water after lunch and the fleet was tightly packed for a perfect false start 5 minutes early! Keith Sykes caused some mayhem at the restart, putting his Laser in a rapidly disappearing gap but thankfully all remained upright. Bull and Highfield enjoyed some excellent match racing, just in front of the Solos, doing the same thing.Highfield piped Bull on the line but not on handicap and the first five finished with tired limbs in regatta order, Bull, Highfield, Ayres, Boreham and Whitby……. with Sykes also finishing. 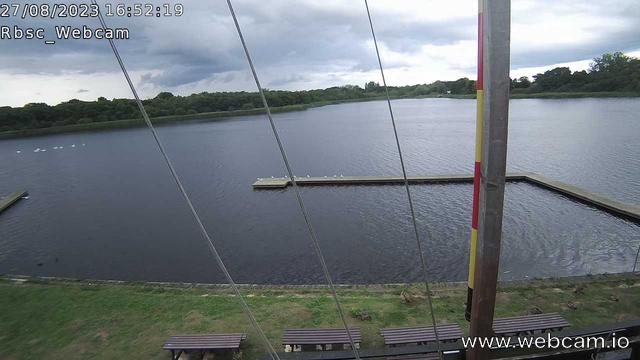