After a short delay for some deliberation a small fleet of seven boats set out for the one and only race in definitely top end racing conditions at Rollesby Broad on Sunday January 13 th .

Several competitors were so keen they decided to start racing 5 minutes early; with only two starting at the proper time Race Officer Chris Mann felt sympathetic to the others and abandoned for a proper restart. With a wipe-out squall taking out the entire four strong Laser contingent in the last minute before the restart – led in performance by Daniel ‘I can stand my Laser on its bow!’ Bull – none of them made it to the windward mark …..

Ian Ayres (Solo) and Tamsin Highfield (Streaker) started overlapped on starboard but mid-beat had to duck Matt Boreham (Solo) who had taken the opposite route. Ayres reached the windward mark a couple of boat lengths in front; Highfield tried to pinch the mark and on a lighter day would probably not have got rolled in to windward as the wind backed on her!
Boreham had to take a rapid avoidance action and the race looked decided. Ayres slowly extended away but Boreham had a brief ‘wet moment’ allowing Highfield to catch up before her second capsize left her narrowly in third.

Having spent nearly an hour on the water to get in a 30 minute race the fleet retired for an early and well needed lunch!….. 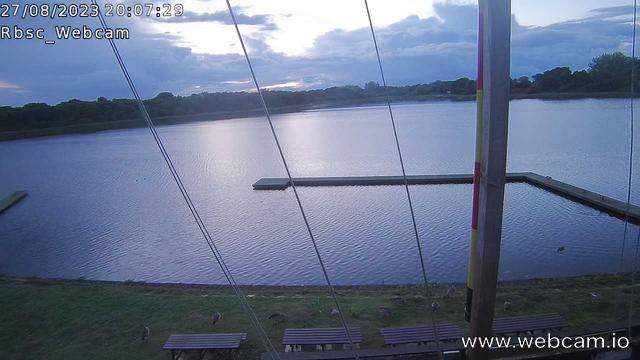