This week was the final week of winter series and in the singlehanders fleet the points situation was extremely close with any one of four helms in with a shout for overall honours. After a few weeks of full off or full on conditions the forecast looked to be following the same old pattern with 20 -30 mph winds from the NW predicted. This presumably deterred some from attending but despite the occasional gust the wind appeared quite manageable and with bonus of the sun making an appearance conditions looked quite good! Despite this a few still opted to enjoy tea and freshly baked cakes in the clubhouse but 8 intrepid helms ventured out for an all singlehander race.  With the wind coming from the NW the race team set a simple triangle course comprising of marks 5, 3 & 6.

Ian Ayres (Solo) nailed the first start to lead up the beat to mark 5, opting to go to left.  Tamsin Highfield (Streaker) opted for the right hand side hooking up on a nice lift to round the windward mark first, closely followed by Mike McNamara (Harrier), Ian and Roger Wilson (Solo). Tamsin and Mike gradually extended their lead crossing the line in that order. Ian and Roger continued their battle for the rest of the race with Ian holding on to cross the line third. On corrected time Tamsin took the win by 38 seconds, with Ian and Roger taking the next two places.

In race two Mike crossed the line with speed to lead up the beat. However, despite being last to cross the line Stuart Highfield (Laser) worked the shifts well to lead at the mark unfortunately rounding a bit too close and touching it resulting in a penalty turn. Mike took over the lead with the rest of the fleet just a few metres behind as they headed for mark 3.  Roger opted to run low to avoid the wind shadow of the bank and looked to be leading as the fleet approached the mark but Mike held on to round first but hot on his heels was Roger and Phil Highfield (Streaker). Mike extended his lead on the reach to mark 6 and the next beat. Unfortunately on approaching mark 3 he caught probably the biggest gust of the day and shipped some water allowing a charging Phil to take the lead which he held to the finish line followed by Roger. On corrected time just 34 seconds separated the first four boats, Phil making it a family double finishing seven seconds ahead of Roger with Ian third.

Once the day’s results were added to the overall series the positions were very close. Race 1 honours went to Ian Ayres with Mike McNamara second and Kevin Postlethwaite third.

The situation was even tighter in race 2 with two points separating the first three boats, Phil Highfield finishing on five, Roger Wilson on six and Mike McNamara on seven.

Next week the club holds its Winter Regatta after which the Frostbite series commences. 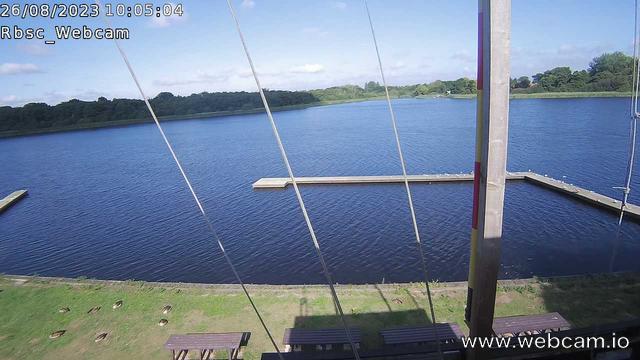