20 Sailors (40% of whom were women) took part in Rollesby Broad’s Leader /Multisail Open Meeting on Sunday 19th May. A good northerly breeze blowing straight down the broad meant a long beat could be set, with the run being significant tactically as wind shifts came into play downwind more than normal.

In the Leaders Ian & Sharon Ayres started the first race poorly but port-tacked back under the fleet to lead at the first mark. Mike and Val Sherwen were in close pursuit, but the Ayres spinnaker pulled them well clear downwind. On the second lap the wind dropped slightly bringing the Sherwens back into contention as the wind shifted and filled in from behind.

The Ayres held on and these two boats finished well clear of Mike & Sally Newlove who took third by a whisker from Chris & Jane Wharmby.

Starting race two more strongly it looked like an easy win for the Ayres, but again the variable wind brought the rest of the fleet back to them on the long run down the broad.

The Wharmby’s briefly pulled through into second, but the Sherwens seemed to have an edge over them upwind and though the gaps closed and spread the order remained unchanged for the second and third laps.

The afternoon saw one of Rollesby’s Eel’s Foot races; starting with a mile long run and with sufficient wind to sail (with spinnaker full) though the cut into Ormesby Little Broad. The Ayres had a short but reasonable lead at the downwind cafe mark. However leading up a beat on a broad is never totally secure and as they converged from different directions at the windward pub mark, both Sherwens and the Wharmbys moved to the front. Flying the spinnaker on the next reach took the Ayres back to the front and they picked the right side of the beat second time round. Unusually there was still sufficient wind to beat back through cut and the Ayres pulled well clear here with the Sherwens in second. At this point, third looked like going to the Newloves, but the Wharmbys were not done and managed to pull through on the very last tack, after beating the full kilometre length of the broad on the way home.

A fleet composed largely of Wayfarers made up the mixed fleet. Pete & Rachel Smith were on form and showed the fleet how to sail with excellent upwind performances and some sensible covering on the runs. Bob Sparrow & Steve Gibbons looked like leading home the rest whilst Auriel Gibson & Lindsey Nettleton couldn’t quite hang on to them despite being brave enough to try their spinnaker! However Jon Burnell & Malcolm Page in their Stratos were able to use their extra sail area downwind to steal second place from the Wayfarers.

Race 2 resorted more to form with the Smiths first and Sparrow second.

Only three ;but those who had been closest to each other all morning; Wayfarers ventured out for the Eel’s Foot Race. Daniel Harvey & Andy Smith had a good first run staying in touch with the others and then read the shifts in Ormesby Little Broad well to push Sparrow all the way round. Eventually however they just ran out of pure speed on the long beat back and had to settle for second behind Sparrow & Gibbons. 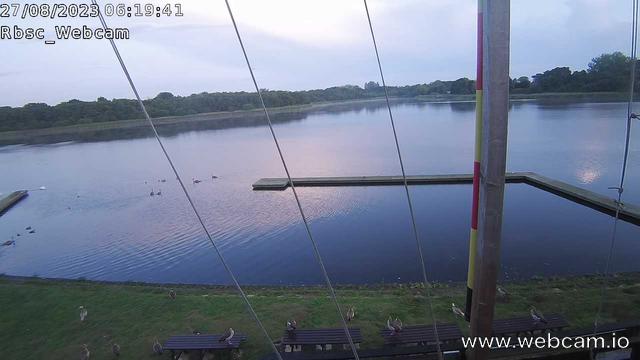