For the final episode of the Autumn series the wind took a little while to arrive but a light breeze blowing up the broad arrived mid way through the first race. Before the sailing there was much discussion in the Multisail fleet relating to ‘Bobs new boat’, a lovely new Wayfarer. Many were disappointed to learn that Bob was going to delay it’s initial launch as he needs to learn what to do with all the extra ropes he now has to play with and so ‘Non Teaky Two’ was launched instead ! In the Multisail fleet the light winds caught everyone out as all were a little late over the start.

The Wayfarer of Dave Houghton & John Symonds were the first to cross taking an  early but short lived lead  as Mike McNamara & Andy Smith sailing an Albacore quickly passed to lead to the finish. However the long downwind leg allowed the pursuing Wayfarers to fly spinnakers with Dave & John just keeping close enough to win on handicap with Mike & Andy second and Bob Sparrow & Tony Gibbs sailing their ‘old’ Wayfarer third.

There was a good turnout for the Singlehander start with fifteen entries. Daniel Bull (Laser) hit the line with speed to gain a small lead at the first mark which he extended over the next three laps to cross the line a minute and a half ahead of the next boat to take the race. Behind Dan Harvey (Laser)  worked is way up the fleet crossing the line next and just one second ahead of the Streaker of Phil Highfield. Not far behind were the Solos of John Saddington and Kevin Postlewaite crossing the line one second apart and taking second and third on corrected time.

For the second race the wind had increased a tad. The Multisail fleet were all lined up at the start in good time!  Mike & Andy led from the start to the finish but not clear enough as Dave & John just took the win on corrected time with Mike & Any second. Daniel continued his good form leading race two from start to finish, although this time joined by  Andy Bassett, also sailing a Laser just a few seconds behind. These two opened up a good lead on the rest of the fleet to claim the top two places. Clive Girling worked his way up the fleet to cross the line third in his Laser but was piped by the Solos of John & Kevin who again crossed the line just one second apart with John again just ahead to take third.

Whilst there was still a reasonable wind at the start of race three it slowly decreased throughout the race. Mike & Andy led from the start to the finish crossing the line over four and a half minutes ahead of the next boat to take the race win. The Solos of Kevin and Mike Horowitz led the rest of the fleet to finish second and third.

Many thanks to Dave Houghton for this report. 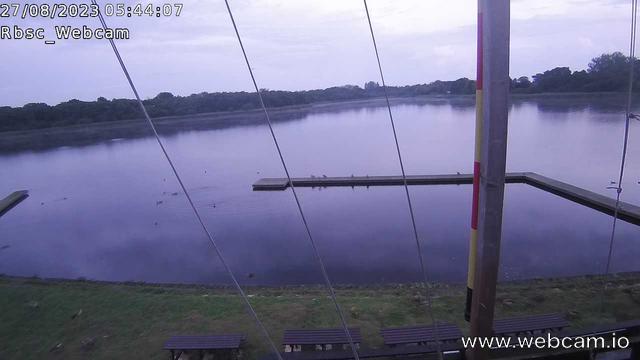