Another breezy Sunday at Rollesby Broad on the 15th Dec, with a slightly more southerly direction than the previous week the gusts were just as strong but perhaps a bit less sharp and therefore more manageable.

Clearly retirement from work is suiting Commodore Stuart Highfield ( Laser) as he led both races in the single handed fleet at the first mark, we won’t over play his downwind performances! In race 1 Ian Ayres led the Solo charge early on with Bob Hawkins in close pursuit and Matt Boreham & Kevin Postlethwaite not too far behind. Ayres and Hawkins showed their experience, dodging a couple of dicey gybes in the strongest gusts and Hawkins got the best of the third lap beat, eventually winning by just 2 seconds. Boreham took third with Ellie Edwards beating the Lasers on handicap for fourth place in her Splash.

Clearly the Solos were burnt out after race 1! Highfield had a narrow lead from fellow Laser sailor Chris Foster early on in race 2 but once in front Foster simply extended away from everyone for a good win. Andy Bassett (Radial) and Tamsin Highfield (Streaker) had a really tight battle for second on the water with Bassett just in front after a storming last run! Ellie was again holding her own in the bunch to tie for third with Tamsin watch out gents the ladies are up for the challenge!

Dave Houghton & John Symonds continued their dominance of a reduced double handed fleet; Daniel Harvey & Andy Smith challenged them up wind, but without a spinnaker were unable to keep up and had to settle for two second places. Phil Harlow & Richard Foster took third in race one, whist Steve Grey sailed his D-One to first on the water (third on handicap) in race 2. 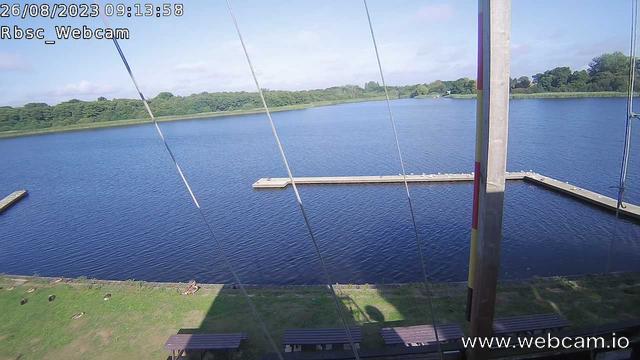