It certainly felt seasonal as 25 boats were rigging for Rollesby Broad’s Winter regatta in a cold northerly breeze on Sunday 1st December. However the sun appeared from behind the cloud, the rain eased off and an excellent days racing ensued.

With a short first beat set into the more sheltered corner of the broad it was a question of who would gamble on a port or at least port end start and who would play the safer but less windy starboard end!

Despite launching their new boat the multisails were not in generous mood, cutting out Bob Sparrow & Steve Gibbons attempt at the port start. Dave Houghton & John Symonds starting near that end lead round the first mark. Roger Wilson & Dennis Manning recovered well from a mid fleet start to eventually take the win by one second, with Mike McNamara & Andy Smith third in their Albacore.

In the single handers Ian Ayres (Solo) nailed the port start with Daniel Bull (Laser) in close attendance, these two rapidly cleared off into a huge lead as the rest of the fleet blanketed each other on the run down the broad. Chris Foster (Laser) and John Saddington (Solo) led the chasing pack with only Richard Brown in his Solution ever getting clear. The rising wind on the last lap favoured Bull who won by 10 seconds on handicap from Ayres with Brown third.

A slightly more even start in race two saw McNamara gain just enough ground on the Wayfarers to take the win from Wilson by 8 seconds with Houghton third. Bull was not messing around, leading the single-handers from start to finish with only Foster in close pursuit. Keith Sykes and Stuart Highfield made it a top four of Lasers on the water, though Ayres recovered from dead last at the second mark to take third on handicap.

Race office Chris Mann had kept the results hidden and with a good turnout decided to keep the fleets in split starts for the afternoon sail. McNamara showed how a port start should be done leading well round the first mark; the Wayfarers set their spinnakers for the run and were off in good pursuit. Wilson pipped Houghton on the line but was forced to retire following an earlier incident, leaving the first three boats all on three points! Houghton & Symonds took the event on countback.

The single handers were more spread out on the line; Ayres, Foster and Saddington were ahead in that order at the first mark. After a close three way battle, Foster had to retire with gear failure on lap two leaving the two Solos to swap places several times with Ayres getting well ahead on lap 3 and Keving Postlethwaite completing the class podium clean sweep. 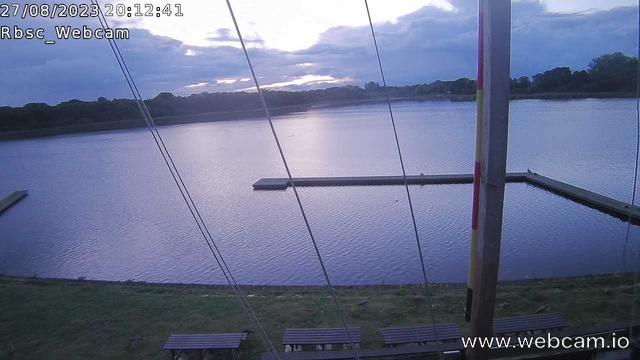