The slightly grey sky and lightish forecast brought only two visitors to Rollesby Broad’s annual free open meeting on New Year’s Day this year, however the fact that so many previous visitors have joined for our full winter series meant we saw 30 boats on a somewhat crowded first start line.

A good length beat saw Dave Houghton & John Symonds in their Wayfarer get to the first mark ahead of the Albacore of Mike McNamara & Daniel Harvey. Hoisting their spinnaker took Houghton & Symonds clear for a good win; it looked like the Solos would clean up the minor places but some last lap navigational errors saw Roger Wilson & Dennis Manning (Wayfarer) recover from a poor start to take third with Ian Ayres fourth in his Mirror despite being last (30th) on the water.

Race 2 saw an increased start line length, with the fleet was just about evenly split over its full length. McNamara and Richard Fryer (RS300) got the best starts and McNamara seemed to have entirely his own air as he did a horizon job on the fleet. Houghton held on to second on handicap after Phil & Tamsin Highfield in a borrowed Albacore had wriggled through the fleet on the water. John Saddington led home the Solos and Lasers who finished very closely bunched together after rounding almost every mark several ranks deep.

The afternoon race began with a little more breeze and Houghton took full advantage of a rare McNamara penalty to lead at the first mark. Several mid fleet sailors were surprised to be accompanied by the Mirror at the first mark! However as the wind fell away the faster craft re-established their positions, McNamara won to take the meeting but Saddington had stayed with the pack for long enough to take a well earned second from the Highfields.

McNamara & Harvey took the binnacle home on a good day for the multisails, with Houghton & Symonds second and the Highfields third. Saddington was the first singlehander on a tie break from Wilson & Manning…… 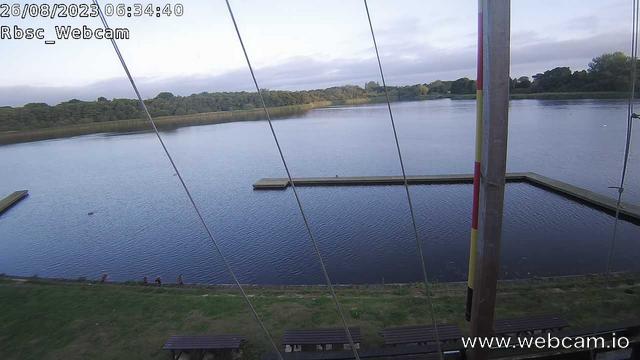