Sunday 26th January saw the end of a very mild and variable wind strength winter series at Rollesby Broad and our very competitive fleets produced four different winners over the five series! Next week sees our one day Frostbite Regatta – followed by the series. Watch out for the forecast, you have been warned………

A good south westerly blowing almost straight up the broad saw youth triumph over experience on the day in the singlehander fleet as Daniel Bull found the turbo button on his Laser, narrowly out pacing the pack upwind, but really nailing the two main downwind legs, which were almost dead runs. Clearly the course suited the Lasers as Andy Bassett took second from Tamsin Highfield in her Streaker. Terry Palmer was the dominant Solo, leading home from Ian Ayres whose fifth was good enough to give him the series.

Bull was again on form in race two but this time challenged more closely by Phil Highfield who brought the Streaker home in second place to take this series with Steve Whitby’s Europe in third in the race and the series!

With Mike McNamara & Andy Smith having already secured the first race multisail series, and not on the water, the Wayfarers of Roger Wilson & Dennis Manning and Dave Houghton & John Symonds were able to play with their kites on the favourable downwind legs. However neither could stay close enough to Chris & Angie Sallis in race one, who won in their Tasar. Wilson won the Wayfarer battle but Houghton took second in the series with Howard Astley-Jones securing third overall with a fourth place in his Vareo.

Wilson and Manning had a faulty drop in race two to give the victory and the series to Houghton & Symonds from McNamara with Astley-Jones third in the race and overall again!

With a smaller turnout in the afternoons McNamara took the series without winning a race! Wilson & Manning took the final win very narrowly from Palmer with Whitby’s third close enough to give him second overall. 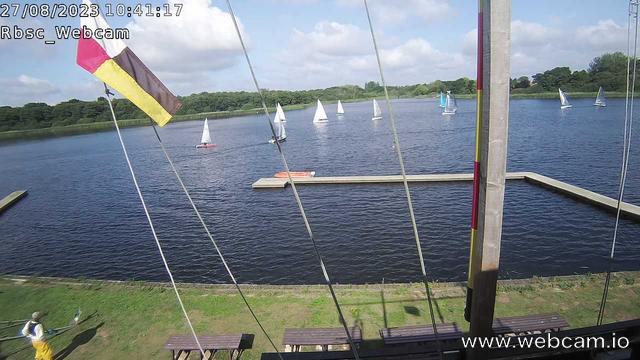