Sunday Feb 2nd saw Rollesby’s Frostbite Regatta day, a somewhat grey early morning with light winds may have put off a few competitors, but a sensibly short course was set with legs in every direction, in the hope that the wind would settle!

In the multisail fleet Mike McNamara & Andy Smith led from start to finish in each race. In race one it looked as if they had a big enough lead but they got held up when catching the rear end of the singlehander fleet which cost them significant time against the Wayfarer of Dave Houghton & John Symmonds, with Howard Astley-Jones also enjoying clearer air to bring his Vareo home in second place. Though McNamara established a good lead in the next two races it was never quite enough to hold Houghton on handicap and with three wins the Wayfarer took the cup!

In the single handers, Phil Highfield (Streaker) dutifully let his wife Tamsin (Laser) have inside room at the first mark, but they both misread the next leg which was actually a one sided beat rather than a fetch and let Ian Ayres (Solo) take the lead which he extended away downwind for a comfortable on the water win. Phil stayed in front of the pack with Terry Palmer (Solo) enjoying a great last lap to rise to third. In race two a significant mis-navigation by the front end of the fleet saw Daniel Bull in his Laser lead after a lap with Roger Wilson (Solo) and Ayres in close pursuit. Ayres took the lead with an early tack on the short beat and looked to have the race won until Wilson found a shift all of his own and sailed past Ayres and Bull at a completely different angle on the final leg! Wilson stayed for the afternoon and enjoyed the rising breeze to take victory overall. 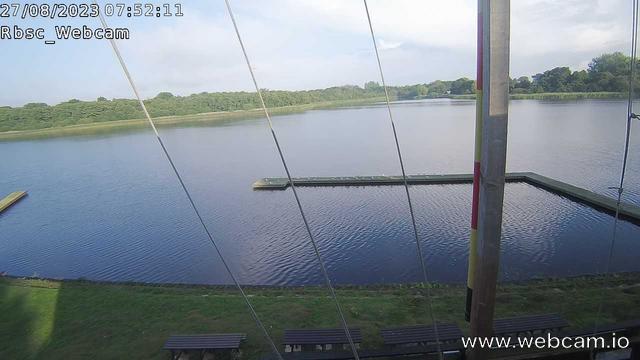