19 boats started at least one of the two races for Rollesby’s Summer regatta held on Sunday 9th August. Having been pursuit racing fro the last few weeks, some of the fleet were a little cautious at the first start, but 15 out of 16 crossed the second start in under 8 seconds, so they were back up to speed by then!

A northerly wind meant a short first beat in the first race. Chris Toothill (Phantom) led round in amongst a group of Solos; Roger Wilson, Mike Horwitz and John Saddington with Stuart Highfield in his Laser. These five took full advantage of the short spreader leg, to avoid the pile up behind caused by a port tack Wayfarer tryng to squeeze in where the was clearly no room!

Wilson and Toothill sailed fastest downwind and pulled out a good lead over the fleet, Daniel Bull (Laser) and Howard Astley-Jones (Vareo) took some different routes to the fleet and did well to pull through and away from the pack, but it was those good starts that gave the first two places to Roger and John with Dan third and Howard 4th.

A small change in direction and a steadier breeze allowed a slightly longer first beat, though this time it was the Laser fleet that were doing circles at the first mark! Roger and Howard led early on with Daniel Harvey (Laser) in closest proximity. Dan B was enjoying the stronger breeze again recovering from a poor start to catch Dan H late on.

Howard slowly pulled out a gap, as Wilson practised doing penalty turns (more than once), and won on the water, only to produce a dead heat on handicap. Dan B was third with Ellie Edwards holding on to the faster boats well in her Splash to finish 4th. Some commiseration to Chris Toothill who finished second on the water only to drop to 16th (last) on handicap as the whole fleet finished within 4 minutes on corrected time – tight racing folks……..

16 Entries Both races to count. 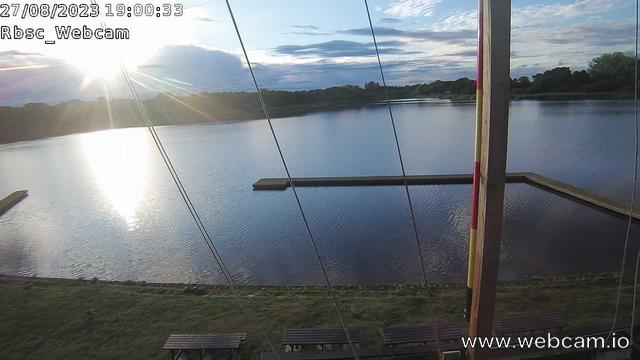