Over the Spring and Summer seventeen of the eighteen races scheduled were completed. One was abandoned part way through because of a thunder storm. The wind co operated on most occasions. The evenings were good fun and well supported with up to eighteen boats out on some nights. When this number are racing the personal handicaps of the first and last four are adjusted! A total of 38 different helms took part over the series.

The last race took place on a dull and blustery night on 25 August and Sixteen boats set out. Prior to the start there was only four series points between the places of the first five boats so the trophy was “ up for grabs.” A final discard would come into the calculation and Jack Ibbotson looked a good favourite for a
series win. Jack set of in his Wayfarer with crew James and was soon in the lead. In the wind and excitement however they repeatedly missed one of the marks on the course and so had to be scored “DNF.” ( as we all know the most important thing about being in front is to go the right way!)

As the race timed out seven boats had closed up together. Roger Wilson with his handicap at plus nine minutes had pulled through the fleet and just passed Richard Foster for a second place. Daniel Bull in his Laser was still
ahead to win the race and the series.

Dan has now accumulated a handicap of Plus seven minutes and so will need to work hard next year to retain the crown.

With the series complete an informal fun race will now be set up on Wednesday evenings for the next few weeks. This will be a pursuit race based on boat handicap only. Start time 17.30 hours 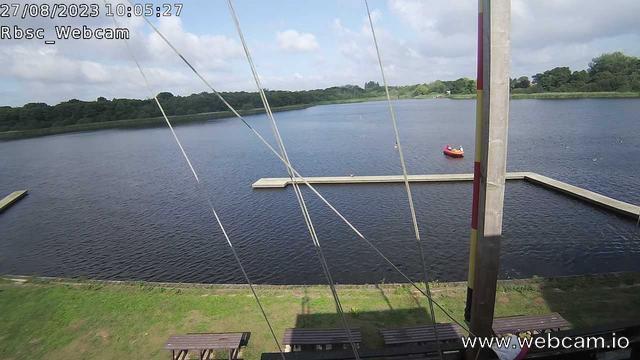