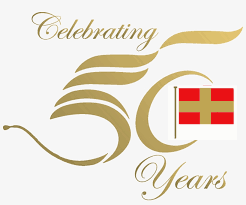 2022 marked the 50th anniversary of RBSC

It was great to see so many members, new and old, turn out to help the club celebrate our 50th anniversary last weekend.  It was a real collective effort by lots of members to stage the event.  The car park was extended, gazebos erected, bunting put up, food prepared, and club boats rigged.  We were blessed with fine weather and the celebration was attended by over 100 members and guests, some who joined when it first started in 1972. It was especially pleasing to see so many of our younger members sailing the club Oppies and Toppers.  The day was marked by a barbeque and a huge cake cooked and magnificently decorated by Angie, along with a pursuit race, a junior race and social sailing.  Some members even camped under the stars overnight.

The Pursuit race attracted 21 boats to race in a warm southerly moderate breeze.
Early starters were David Taylor in the rarely seen 11plus dinghy and Suzanne Thompson in her Topper.
Long standing Club member Heather Vaughan set out in a Pico next.
Over five laps places rapidly changed, with the faster boats chasing . At one stage the Edwards family held the first three places with Ellie and Jo each sailing a splash followed by Kevin in his Solo.
As the race progressed Ellie built up a commanding lead and stayed ahead for the win. Daniel Bull in his Laser was catching up fast at the end but had to settle for second place. Tamsin Highfield in her Streaker enjoyed a good race and was not far behind in in third position. Daniel Harvey who we have not seen on
the water for while was next in his Laser. Tom Quale with his D Zero handicap was the last to start with a 19 minute delay but pulled through to a mid fleet 11th place.

The Pursuit race was followed by a cake cutting ceremony. We were very pleased and grateful to Bob Haines and  Margaret Shearing, two of original members of the club, for their help in cutting the cake and to John Sallis for his recollections on sailing at RBSC as a junior in the mid 70’s.  After consuming more cake than many of us should have, the club Oppies and Toppers were rigged and took to the water with their young helms . The race was one by Henrietta highfield closely followed by Evie brown.

Many members took the opportunity to take to the water. Amongst the flotilla of craft was “Warpath”, one of the original fleet of Merlin Rockets that sailed at Rollesby, still proudly owned and sailed by Roger Wilson who learnt to sail in her back in the 70’s .

Barbeques were then lit and the delicious smell of sizzling burgers and sausages cooked over charcoal soon filled the air accompanied by a delicious spread salads and side dishes all prepared by Auriel. The celebrations continued well into evening. After securing a special concession from our landlord, some members chose to camp out overnight on part of the site specially prepared down by the water’s edge making for a truly memorable evening.

There are lots of people to thank for their help organizing the event, but special recognition must go to Auriel for the salad and side dishes, to Mike for his excellent Barbecue cooking skills, to Angie for the  most fantastic cake anyone will have ever seen, to John Saddington for doing the race management on the day, and the Tom Quale for all his hard work preparing the site.

It truly was a special celebration that will last long in the memory of many members. 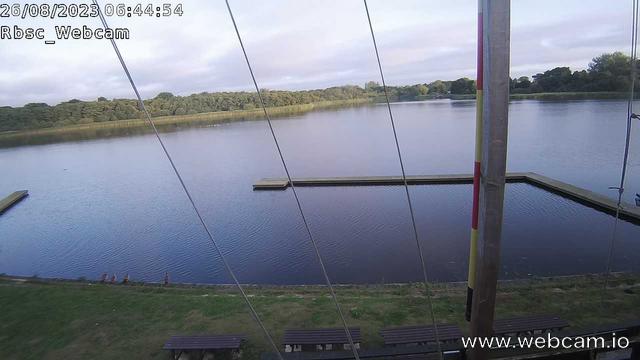