A beautiful sunny morning greeted the competitors for Rollesby Broad’s Solo and Single-hander open meeting on Easter Sunday, only the wind direction was not ideal creating shifty conditions but it was at least strong enough to give a reasonable first beat all day.

The Solos completed four races; Mark Maskell (Blackwater) set off as he meant to continue by leading from the start with John Saddington (Rollesby) his closest pursuer at the first turn. The rest of the pack was very tight and there were regular changes for any boat jumping from 10th to fourth and just as quickly back again! Steve Bishop (Girton) was a little unlucky to be in the pack but once clear set off in pursuit of the leading twosome; eventually nailing the short beat at the farther end of the course to take a narrow win. Ian Ayres (Rollesby) recovered from being OCS to take third by overtaking Pete Matthews (WOBYC) a few meters from the finish..

Maskell won race two by a large margin after sailing away from the first mark on his own private puff! Bishop and Ayres slowed each other by arriving at the mark together but slowly cleared the rest with Saddington leading the pack home in fourth.

After lunch a slight change of course clearly suited Maskell as he won both races, in the third his long term closest challenger was Roger Wilson (Rollesby) before Bishop and Saddington came through on one of the long reaches.

The final race proved the closest. Maskell again looked clear with Ayres and Matthews in pursuit before Bishop spotted an in filling shift at the bottom of the beat on lap two and took several places, bringing through Terry Palmer (Upper Thames) with him. The leading pair pulled clear as the pack played snakes and ladders until the last lap when Maskell had just enough to hang on for the win. Matthews came from behind to gain an overlap on Ayres at the last mark and this time held on for third.

Six Streakers joined a mixed single-handed fleet and proved how keen they were by needing a general recall in race 1! Tamsin Highfield (Rollesby) had a good first beat but couldn’t live with the ultimate speed of visitors Veronica Falat (WOBYC) and Ian Bradley (Ouse Amateur). These two swapped places twice within the last 30 seconds of the race with Falat coming out on top.

Bradley had much less problem winning race 2 after picking the right side of the first beat with Falat and Mark Langston (Beccles Amateur) taking the minor places. Having decided their meeting would be only three races Falat set off with determination in race 3 but the shifty beats meant Bradley and Langston could never be written off until the last beat which Falat sailed almost straight up whilst they had to tack several times to reach the finish line.

Mike McNamara in his Harrier perhaps unsurprisingly won the mixed fleet, though he did have to come from behind after race 1. Steve Whitby in his MiniSail took second on count-back from Daniel Bull’s Laser. 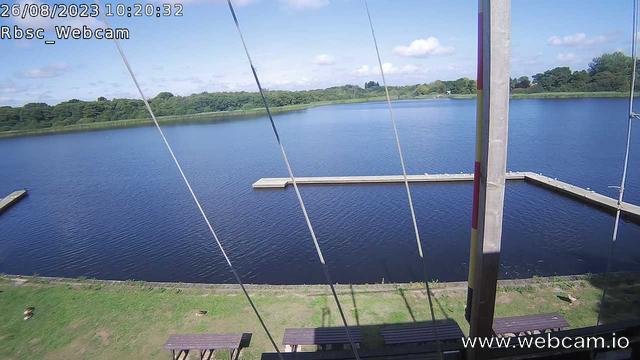