Despite a heavy downpour during pre-race rigging, nineteen boats took to the water for Rollesby’s 2020 Autumn regatta.

In the multisail fleet, only the Wayfarers had listened to the sailing instructions, starting on time but enjoying a close race with Bob Sparrow & Steve Gibbons taking a narrow but important win from Auriel Gibson and Lindsey Nettleton. In race 2 Howard Astley-Jones was hot of the line in his Vareo and did a horizon job on the Wayfarers. Sparrow took second and the class cup!

In the much larger single-sailed fleet the racing was much more mixed; indeed the overall winner counted two thirds it was that mixed up! In race 1 Richard Brown and Chris Foster in Lasers led from Ian Ayres’ Solo early on. Daren Pike took his Phantom past them all but could not establish a large enough lead and it was Roger Wilson in his Solo who recovered from a slow start to take the win from Ayres with Ellie Edwards sitting comfortably well in mid pack in her Splash.

In race 2 the slower boats all wanted to get onto port tack as soon as possible, but only Wilson cleared the faster craft, who chose to start on starboard and he established a good lead early on. The breeze was somewhat erratic, but enough to capsize several of the leading bunch, including Wilson. The Lasers of Dan Bull and Matt Boreham (despite some penalty turns) were able to take advantage of this and pull out good distance as the rest recovered. There was a good ladies race going on in the bunch with Edwards beating Tamsin Highfield (Streaker) by just 4 seconds to give her the overall win over Wilson and Bull.

The Autumn (Oct / Nov) series begins next weekend with separate starts. If we manage to get catering back up and running as as is planned we may even get some afternoon racing in! 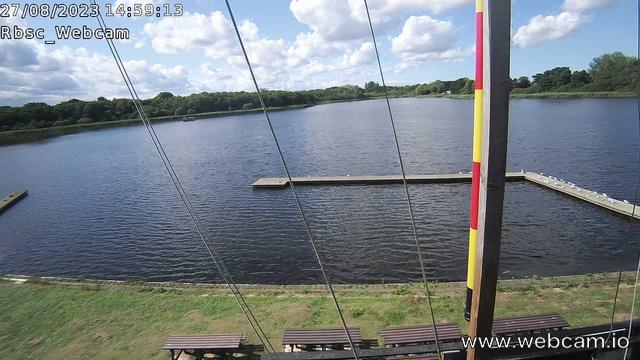