Tamsin will be running a sailing afternoon this Saturday July 14th aimed at our new sailors  young and old.
There will be some informal racing with the first start expected around 13:00. So if you’re coming along then I’d get their around 12:00 to get rigged and ready.

For those of you who don’t fancy racing please come along and just have a sail with some help at hand if you need it.

We’ll follow the sailing with a club BBQ around 15:30. If you want to pop down for a pleasant late afternoon BBQ then please bring your own food and drink and we’ll provide the coals.

Look forward to seeing you there on Saturday. 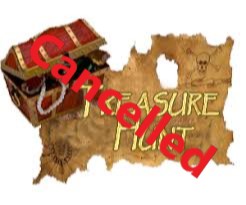 Due to a number of people been away and Englands progression in the World Cup 😀  the Treasure Hunt is CANCELLED look out for another date in the future.

7th July 2pm onwards. Fun for all the family. Find clues on and off the water. BBQ available, bring your own food; salads provided courtesy of the club. 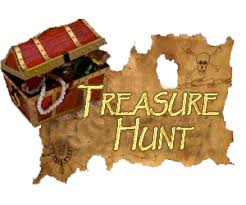 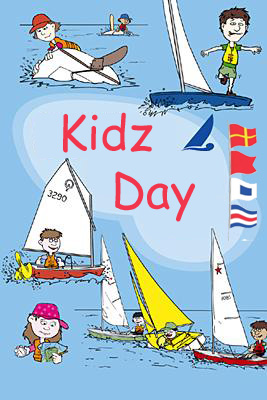 Chris has organised a fun packed afternoon of water activities for everyone.

Members are welcome to bring friends. Let’s hope everyone has as much fun as the last time.

Remember to bring a change of clothes.

Chris has organised a fun packed afternoon of water activities for everyone.

Members are welcome to bring friends. Let’s hope everyone has as much fun as the last time.

Remember to bring a change of clothes.

End of Summer Sailing and BBQ

*Grown up in long trousers on board to helm or supervise

All planned activities will be subject to prevailing weather conditions

Saturday 29th May dawned grey and cloudy with a less than promising weather forecast of breezy and gusty conditions with rain promised for 13.00, would anyone turn up? By the start time of 11.00 there were 12 youths of varying age and experience, some members and some not so at least the effort had not been in vain ( I’d hired 4 myself to ensure some sort of turn out )

Incredibly, over the next 3 hours, we saw in excess of 30 kids aged from 4 to16 go sailing in less than pleasant conditions, the last of these being dragged off the water by their parents at around16.00.A slightly bemused Roger Wilson commented that he’d never seen anything like it during his time at the club (I presume this was a good thing Roger?)

One 6 year old sailed for the first time ever with her Dad in a loaned Mirror (brave as he hadn’t sailed for 10 years), then graduated to a Wayfarer with John Saddington and Dennis Manning (& dad) in gusty conditions which she loved.

Next she moved to a club Oppie inside the pontoons (no Dad) and after lunch returned for more of the same in pouring rain. When she got home she logged onto e-Bay looking for a suitable craft for Dad to buy her. Brilliant!

While things didn’t quite go to plan (and a very loose one at that) everybody seemed to enjoy themselves with a positive response to the informality of the whole day.

Unfortunately the weather rather put paid to our afternoon plans as the rain arrived at 13.20 and was still hammering down when I left around 17.00

24 Kids and/or their parents completed our 2 questionnaires ( the kids had their own one ) with positive responses to almost all of the questions.

To answer some of the requests and questions

Our favourite best being “ I like it when the boat tipped on its side. My dad can’t do that” with the worst being no more than a “wet bottom”.

A big thanks must go to all who supported this event, in particular the club members without whom the event wouldn’t have been the great success it was

To the parents who gave up a large part of their day while their little angels sailed. It seemed that almost everyone who rang, e-mailed or posted on the website turned up.

Finally to the kids themselves, it was your day and you made the most of it

Why did we do it?

This was an experiment to try to re-ignite kids sailing at Rollesby that for various and understandable reasons had perhaps faltered over the last couple of years. The recurring observation was that parents had brought their kids to sail, particularly on Saturday, but as there appeared to be few others for them to sail with their interest had waned.

The attendance of more than excited 30 kids and their equally enthusiastic parents on a single day proved otherwise.

Is this the start?

Hopefully, in between the organized events, more families will now want to sail together and make the best use of a friendly club in a lovely setting, and most of all, have fun.

Is this the start of a Rollesby cadet club ( I still prefer KIDS@RBSC )?,only time will tell but please let us have your thoughts and those of your kids.

Watch this space for details of the next event 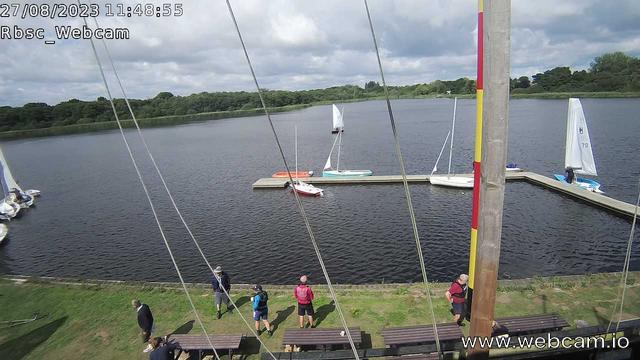